Headquartered in Miami, Florida since 1996, Lasso the Moon offers exclusive event design, planning and catering services to a discerning clientele.

At Lasso the Moon, we believe Service is the backbone of any successful event.  Warm service, mouthwatering cuisine & scene-stealing detail, fashioned to reflect our client’s personal taste, has become our signature.

We also believe well planned parties should unfold like a Broadway play. Well-cast & beautifully staged, music flowing, lighting perfected, each act builds anticipation. As the curtain is drawn, the evening should end to thunderous applause.

of Lasso the Moon, Inc.

Cynthia executes each event as a gracious hostess; generously entertaining with exquisite menus, plentiful beverages, sophisticated décor and meticulous service. Every Lasso the Moon event is produced with integrity, elegance and a respect for the client and the environment.

Cynthia is on the Board of Directors of Slow Food Miami (a non-profit organization dedicated to locally sourced food), served as the Creative Director & Chairperson of Bali Ha’i for seven years (an event raising funds to support The Kampong, the Miami outpost of National Tropical Botanical Garden), a founding member of The Hundred Ladies of The Deering Estate, a member of The James Deering Society at Vizcaya Museum and Gardens, an active Vizcayan and an advocate of animal rescue through the Humane Society of Greater Miami and Best Friends Animal Sanctuary.

While Cynthia lives in the magic city of Miami, she longs for a bastide in the South of France (and a pied-à-terre in Paris).

Dave Ragnow is a logistics force. Armed with nine years as an Air Force Officer, a Bachelor’s of Science Degree in Electrical Engineering from Duke University, a Master’s of Science in Hospitality Management from FIU, Dave is equipped to take on any event challenge.

Dave’s tireless energy, sense of urgency & can-do attitude propels the Lasso the Moon team. His ability to conquer the many challenges of the event world from load-in schedules, re-wiring a chandelier or expediting a five-course seated dinner resonates strongly with Lasso the Moon’s discerning clientele. His talents producing large-scale events led to multiple consulting contracts including the 100 Years of Flight and Tuskegee Airmen Heritage Honors Ball at Pope AFB, Fayetteville, NC for 1400 military personnel from around the world.

Dave is a Fellow at The Kampong, an avid supporter of Slow Food Miami, UM Basketball, Humane Society of Greater Miami, National Tropical Botanical Garden and, of course…Duke.

Passionate about Duke Basketball, golf, Hilti tools & culinary travel, he is often spotted on his days off cruising Coconut Grove in his vintage Jeep in search of his next power tool or bottle of Chateauneuf-du-Pape. 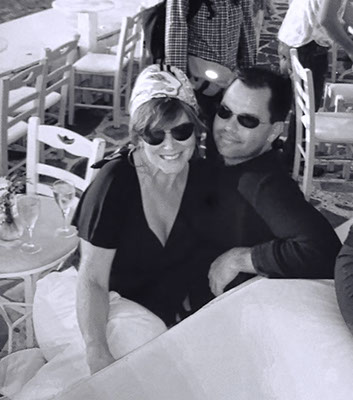 Summer in the South of France

The Burger at Tobacco Road